Filing For Divorce After Domestic Violence

Filing For Divorce After Domestic Violence 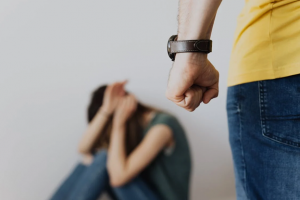 If you believe that you are the victim of domestic violence and you want out of your marriage, you do not have to wait. Getting a restraining order and a skilled divorce lawyer are the first two steps that you need to take to provide you and any children you have with the safety that you deserve.

Once the temporary restraining order has been filed, you and your attorney will begin the work of collecting evidence that shows the abuse that you suffered. Documents like threatening letters or even emails can be used in court during domestic violence divorce settlements, and witness testimony might be used as well. Domestic violence and alimony are often discussed as well since a spouse that has not been working might be unable to support themselves when filing divorce after domestic violence.

Your lawyer will advise you to seek a settlement out of court for a few key reasons. This will keep your personal situation and your location and information secret and unavailable to the party who abused you. This will also save you money and speed up the process of filing for divorce after domestic violence. The last key benefit of seeking your divorce out of court is that you will spare your children anxiety and worry over the process by keeping them out of court.

Out-of-court settlements are the same monetarily as in-court divorce settlements, and they are often resolved much more quickly and in a much safer manner in this kind of situation.

Both mental and physical abuse is considered domestic violence. If you have been the victim of either of these forms of abuse, you can proceed with the process of filing for divorce after domestic violence. Even if the abuse that you have suffered is mental abuse, you will need to make sure to get a restraining order against your spouse. In the state of New Jersey, the presence of a restraining order is very critical to how a divorce case involving abuse is handled.

Having a restraining order on file before filing for divorce after domestic violence protects you from having to meet with your abusive spouse during the settlement process, removes the chance that you will be required to go through couples counseling as part of your divorce, and keeps children from being forced to visit the parent who was the abuser. This streamlines the entire process and makes it safer for everyone involved. When filing for divorce after domestic violence, you should always initiate a restraining order before doing anything else.

When you are working with a skilled divorce lawyer in the state of New Jersey, you will be able to get access to the support that you need when filing for divorce after domestic violence. This can be a complicated process, and it involves legal processes outside of the court case, such as filing a restraining order. Having skilled legal counsel working on the case with you can help make the entire divorce process safer and less chaotic for you and any children that you might have.

Contact us at DeTorres & DeGeorge if you need help filing or divorce after domestic violence in Clinton, NJ or Florham Park, NJ. Our skilled team will help you to seek a divorce settlement that is fair. We will also make sure that you do not have to meet your abuser in person or be exposed to them during the settlement process. Safety is just as important as fairness, and we will make sure that you have access to both when you work with us.