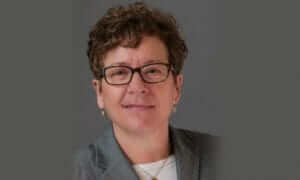 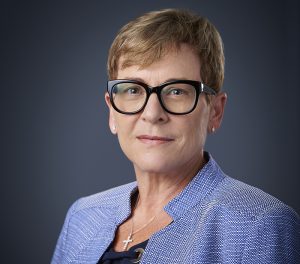 Ms. DeTorres is the managing partner and co-founder of DeTorres & DeGeorge Family Law. She is also one of only 2% of attorneys in the State of NJ that is certified by the NJ Supreme Court as a Matrimonial Law Attorney.

Ms. DeTorres graduated from The Johns Hopkins University in 1985 and graduated with Honor from The University of Maryland School of Law in 1988.

Ms. DeTorres handles all types of family law issues, including divorce, custody and parenting time, the division of assets and debts, including businesses and executive compensation packages, domestic violence cases, and after divorce modifications and reviews. She is a trained family law mediator and collaborative law attorney. She is an accomplished Appellate attorney, having taken a number of cases to the New Jersey Appellate Division and New Jersey Supreme Court.

Ms. DeTorres was named to the NJ Super Lawyers List for 2015 to 2020. She has a 10.0 rating on Avvo, is listed as a Distinguished member of Martindale-Hubbell, and was named as a Ten Best Attorney in Family Law for client satisfaction by the American Institute of Family Law Attorneys.

Rosanne was named a Top 25 Leading Women Entrepreneur in 2017. Her firm was named one of the Top 500 fastest growing law firms in the U.S. by Law Firm 500. She is also the recipient of the Mary A. Mullholland Service Award from the Boy Scouts of America.

She has been appointed to the Local Business Community Leadership Council of the Hunterdon County United Way. Ms. DeTorres is a member of the Board of Trustees of BW Nice, an organization that provides networking opportunities for women business owners and financial support to local domestic violence agencies. She is also the author of two books: Breakthrough Results and Divorce: The Answers You Need Before, During & After.

Ms. DeTorres and her team of attorneys pride themselves on settling 99% of all the cases they take without going to court and are well-known for settling cases other lawyers cannot. But, if your case cannot be settled through negotiation or other alternative dispute resolution measures, you can be assured of exceptional representation by seasoned trial attorneys.

HOW DOES GETTING MARRIED AFFECT CHILD SUPPORT

AM I MARRIED TO A NARCISSIST?