Case Study: Possession of the Marital Residence While a Divorce is Pending

Home » Case Study: Possession of the Marital Residence While a Divorce is Pending

Case Study: Possession of the Marital Residence While a Divorce is Pending 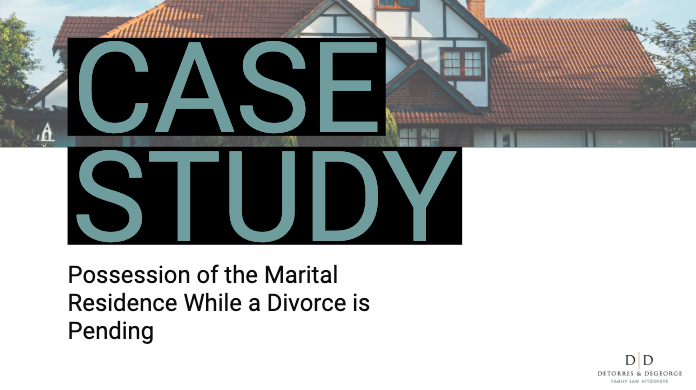 We recently oversaw a case in which Party A decided to relocate from the marital residence, leaving Party B at home with the children. We first filed a motion on behalf of our client to determine an appropriate amount of support while the divorce was pending. As the case progressed, there were many statements made by Party A suggesting that they were going to move back to the marital residence. As Party A had been out of the home for a number of months at this point, Party B was concerned that the return of A would be detrimental to the children. We then filed a motion on this issue, and the judge ultimately concluded that it was inappropriate for Party A to return to the marital residence. Citing the case of Degenaars v. Degenaars, the Judge determined that it was in the children’s best interest that Party A continue to remain outside of the home, a decision A initially made for themselves, to protect the children and Party B from the overhanging fear that Party A could return to the marital residence at his or her whim.

At DeTorres & DeGeorge, it is our goal to continue to move your case forward, while keeping the best interests of your children at the forefront of our mind.