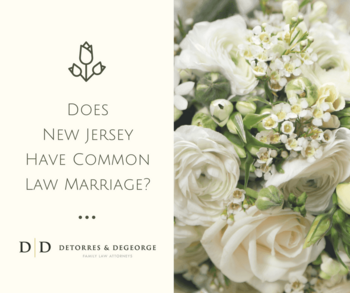 If you live in New Jersey and are not married, your rights are significantly less than they would be in the event that you were married to your significant other.  If you and your partner have children together, the New Jersey Family Courts will have jurisdiction over your matter in what is known as an “FD” or non-dissolution matter.  This type of case permits the Court to establish paternity, as well as set a parenting time schedule and establish child support.  However, you cannot ask the court to assist you in dividing your personal property or any real property that you and your partner may have acquired during the relationship.  If you and your partner cannot reach an agreement about the division of property on your own, you would need to file a civil lawsuit.  The location of this suit would depend on the value of the assets to be divided, as small claims court only hears matters up to $3,000.   Therefore, if you own a house with your partner and cannot agree on how to distribute it, you may need to file in the law division.

If you were not married to your partner, you cannot ask the court for alimony.  Alimony is a right that is reserved only for those who are legally married or have a valid civil union.  There is a possibility that you may qualify under New Jersey’s “palimony” statute.  Palimony claims were previously raised in cases where one party (who generally speaking was supported during the relationship by the other party) claims that there is a continuing obligation on the supporting spouse following the break-up of a “marital-type” relationship.  In 2010,  the State modified the laws adding a palimony claim to the Statute of Frauds- that is, certain contracts that must be in writing in order to be enforceable.  Therefore, absent a written promise to continue to provide to the supported spouse, it is unlikely that a court would order palimony.  As you can imagine, it would be rare for individuals who are in a committed relationship to sign a contract for continued support in the event of a break-up.  It is often only after the fact that a request for continued support arises.

The fact that New Jersey does not have common law marriage, coupled with the barriers to palimony claims, can create a difficult situation for a party who was engaged in a long-term relationship without the benefit of marriage.  At DeTorres & DeGeorge, we have years of experience navigating the family law system.  Call us today at 908-284-6005 or 973-264-4100 to schedule an appointment with one of our attorneys to discuss the specifics of your case.