WHAT HAPPENS IF A SPOUSE DIES DURING A DIVORCE?

Home » WHAT HAPPENS IF A SPOUSE DIES DURING A DIVORCE?

WHAT HAPPENS IF A SPOUSE DIES DURING A DIVORCE? 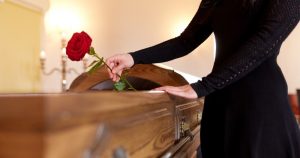 Are You Automatically Divorced if Your Spouse Dies?

When a spouse dies during divorce, meaning after the Complaint for Divorce is filed but before the Judgment of Divorce is entered, things can get complicated. First, the divorce proceedings are terminated.  Thus, any equitable distribution the surviving spouse is entitled to receive under the divorce laws are no longer available.  Moreover, the probate code denies the election share option to a surviving spouse if: (a) at the time of death the decedent and surviving spouse were living separate and apart in separate habitations; or (b) the decedent and surviving spouse had ceased to cohabit as man and wife as a result of circumstances that would give rise to a cause of action for divorce in New Jersey.

Spouse Dies During Divorce: What Happens to Alimony if my Spouse Dies?

All hope is not lost if this happens to you because this very issue was examined in Carr v. Carr, 120 N.J. 336, 342 (1990). In Carr, the husband died prior to the entry of the Judgment of Divorce.  Therefore, the wife was not entitled equitable distribution under the statute. In New Jersey, in the event that one spouse dies during divorce and the surviving spouse is disinherited from his will, the surviving spouse does not have a right to equitable distribution but instead could have “a right to take an elective share of one-third of the augmented estate…” of the deceased spouse. Id. at 344 citing N.J.S.A. 3B:8-1. However, in the event of a divorce filing, a surviving spouse is not entitled to an elective-share of the deceased spouses’ estate where: (1) at the time of death the spouses were living separate and apart in separate habitations; or (2) the spouses had ceased to cohabit as man and wife, either as the result of (a) a judgment of divorce from bed and board; or (b) circumstances that would give rise to a cause of action for divorce or nullity of the marriage in New Jersey. Carr, Supra, 120 N.J. at 344. Therefore, in Carr, since the surviving spouse was not able to obtain a divorce from her deceased husband, she could not seek the distribution of any marital assets under the divorce laws.  Moreover, she could not claim an elective share of her deceased husband’s estate because her spouse died during divorce.  The spouse in Carr was caught in the middle between the divorce laws and probate laws.

Fortunately, the Court in Carr provided a solution.   The Court explained that the guiding principle behind both the equitable distribution statute and the probate code, is that a spouse has a right to a marital asset that is acquired due to mutual efforts during the marriage.  This equitable principle is rooted in concepts of common decency, fairness, and good faith. As such, the Court held that marital assets do not lose their basic nature as property acquired through the joint enterprise of both spouses during the marriage, merely because one spouse dies while a divorce is still pending. Thus, the surviving spouse is left to pursue relief by way of a constructive trust under quasi-contractual law, which may be established by the Court as a vehicle by which equity may be accomplished.

Call us today to discuss divorce during terminal illness, divorce settlement after death, or your concerns if your spouse dies during divorce.