What are the differences between a civil union, domestic partnership and same sex marriage? And, how do those differences affect you in the case of divorce?

While same sex marriage was legalized in New Jersey in 2013, there are a few differences that you should be aware of when it comes to the divorce process. Download our webinar, “Same Sex Marriage & Divorce,” to learn more about the divorce process for same sex couples. 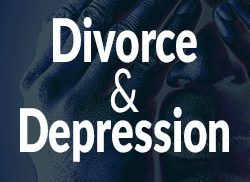 WHAT HAPPENS WHEN DIVORCE MEDIATION FAILS?

Family courts and divorce lawyers in New Jersey understand how contentious divorces cases are. In the middle of being upset, angry, and fearful; it’s difficult to fight tooth and nail in front of a judge. Divorce contests place a lot of stress on the spouses. They are extremely hard for children....