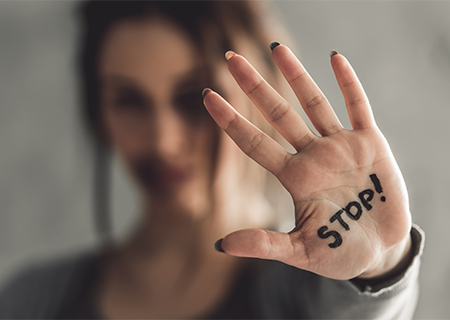 In 2014, the Prevention of Domestic Violence Act passed, yet that year, there were still 62,055 domestic violence offenses reported by the police.

Victims of domestic violence come from all social and economic backgrounds and can include spouses, children and elders. Rosanne DeTorres, Esq. will answer your questions about domestic violence in our upcoming webinar, Domestic Violence, on Tuesday, October 23rd at 12:00 p.m.

Domestic violence encompasses a variety of offenses including kidnapping, stalking, burglary, terroristic threats and harassment. If you or someone you know is affected by domestic violence, learn what you can do now and who you should contact in the case of an emergency.

How to Win Child Custody from a Narcissist

Webster’s Dictionary defines a narcissist as “an extremely self-centered person who has an exaggerated sense of self-importance.” If you think you may be in a relationship with a narcissist, then you probably experience some of the following qualities in that person, as explained by...

The Power of Divorce: Writing the Next Chapter of Your Financial Future

Written by guest writer, Lisa Manzolillo, client advisor at Simon Quick Divorce is not easy.  It’s mentally, emotionally, and financially draining. It’s even more difficult when children are involved.  I know it all too well; I went through it too.  And while it may be scary at first,...

Written by guest writer, Dr. Kim Miller, CFE, NJ Licensed Private Detective, Director of Investigative Intelligence and Analysis As you use the internet, did you know that you are leaving a permanent footprint of your personal life? Personal information winds up on the internet from property...