Emotional Abuse in a Marriage

Home » Emotional Abuse in a Marriage

Emotional Abuse in a Marriage

STAYING SAFE IS MOST IMPORTANT AND YOUR TOP PRIORITY

If you are in an emotionally abusive marriage, you are in a vulnerable position due to that abuse, and your divorce will have unique nuances and challenges. But first things first. If you are experiencing emotional abuse from your spouse, please take steps to protect yourself and your children. An excellent starting point is the National Domestic Violence Hotline, which can provide you with resources and help to make sure you stay protected. In addition, you can do these things to stay safe:

o   Secure your Home. Make sure all doors and windows lock. Peruse the perimeter of your home – is there any place an abuser could hide without you noticing? If so, remove that obstacle. If you have to l 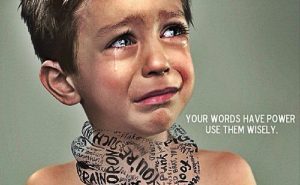 eave your home in a hurry, could you exit your home and or driveway safely?

o   Children: If there are children in the home, make a safety plan with them.

o   Pets: Abusers often take their aggression or threats out on the animals, as a way to keep you in line and to warn you that harm will befall you and the animals unless you comply with the abuser’s demands. Make sure to pack a few days’ worth of food for your pet in your safety kit, the collar, leash and vaccine records.

o   Teens/College Students: LoveisRespect.org has created comprehensive safety plans both for teens and for college students who are currently dealing with an abusive partner.

o   Pre-Packing: Finally, when packing a bag, consider including keepsakes, journals or other evidence of emotional abuse in your marriage, spare car keys, phone chargers, and other essentials you may need once you leave. It’s important you keep this bag in a place where your abuser wouldn’t look for it, such as at a friend or neighbor’s home, or at your place of work.

Domestic violence is a serious crime against society. Thousands of persons in New Jersey are regularly emotionally abused in their marriage, beaten, tortured and in some cases even killed by their spouses or cohabitants. A significant number of women who are assaulted are pregnant. Victims of domestic violence come from all social and economic backgrounds and ethnic groups. There is a positive correlation between spousal abuse and child abuse. Children, even when they are not themselves physically assaulted, suffer deep and lasting emotional effects from exposure to domestic violence. Our most vulnerable citizens, the elderly and disabled, are especially at risk because of incidents of abuse and neglect often go unreported.

In the past, acts of domestic violence have received different treatment from similar crimes when they occur in a domestic context. It was against this backdrop that the New Jersey Legislature passed the Prevention of Domestic Violence Act in 1991. Let me share with you some alarming statistics about domestic violence showing that despite the enactment of the law in 1991 this still continues in huge numbers.

EMOTIONALLY ABUSIVE MARRIAGE: GETTING PROTECTION FROM THE COURT

If you are in an emotionally abusive marriage, to obtain protection from the court from your spouse in New Jersey, you can either go to your local police station, call 911, or go to the family court in the Superior Court of the county in which you live. They will have you fill out a sworn statement about the emotional abuse you are suffering in your marriage. They will put you in touch with a judge who will determine if you qualify for a temporary restraining order. TROs are granted frequently. Final restraining orders are harder to get.

To get a final restraining order in New Jersey, the court must make the following findings:

An emotionally abusive marriage would most likely fall under the category of harassment as domestic violence. A person commits an act of harassment if:

Emotional abuse in a marriage in the form of name-calling, vulgarity, threats of harm, economic isolation, following you from room to room, not letting you leave the room or the house, blocking your car in the driveway, stealing your cell phone, car keys or handbag, etc. all fall under the category of harassment and are protected under the Act.

In New Jersey, the general rule is that abuse does not alter the economic outcome of your divorce. New Jersey is a no-fault state and therefore acts of emotional abuse in your marriage do not get you more support or more assets. The court will not financially punish your abuser in a divorce, except in rare circumstances. If the abuse you have suffered manifests itself in serious mental illness, PTSD, or other psychological or physical harm, you can in New Jersey sue your spouse in your divorce for personal injuries resulting from that emotional abuse in your marriage. We call these types of personal injury claims, Tevis claims.

If you are experiencing emotional abuse in your marriage and want to divorce, let the attorneys at DeTorres & DeGeorge help you through this process.