Divorce and Adultery in New Jersey

Divorce and Adultery in New Jersey

It’s not uncommon in a consultation that one of our attorneys is told a story of one partner having an affair during the marriage.  Whether it was an emotional or physical affair, the hurt and pain experienced by the parties involved in the relationship often lead to feelings of anger and distrust. It’s common for the spouse who was cheated on to seek some type of retribution, whether it be enhanced support or an unequal distribution of assets.  Here are the legal consequences of adultery and the impact it may have on a divorce proceeding:

Basis for Divorce Due to Adultery

New Jersey is a no-fault state, meaning that there does not have to be a reason for a divorce other than simply stating that the marriage did not work out. New Jersey has two no fault causes of action – or reasons for the divorce – which are irreconcilable differences and 18 months separation. However, there are also “fault based” causes of action which place the blame for the divorce or separation on one of the parties. When the divorce is due to adultery, most parties often wish to file under adultery. What they may not realize, however, is that in order to do so, you are to name the person with whom the adulterous affair took place, as well as the dates and times of the relationship. The third party must also be served with the complaint for divorce and given an opportunity to respond. This can complicate things significantly and may create even more animosity than already existed.

Effects of Adultery in New Jersey on Alimony

Some parties feel that they should receive more in the divorce if they were the party who was cheated on. In instances where the spouse who strayed would be the one to pay alimony, the other spouse may seek a higher than normal amount in order to “punish” the cheater.  Oftentimes when the higher wage earner is the party who was cheated on, he or she may take the position that they will not pay alimony to the cheating spouse. While New Jersey adultery laws allow you to file under the fault-based provision of adultery, in reality it does not entitle you to any more than you would have been otherwise permitted to receive.  Simply stated, the court will not permit you to punish the other side for the adultery when it comes to issues such as alimony. The court must consider 14 factors when establishing alimony – none of those factors are who was to blame for the breakdown of the marriage.

Just as with alimony, the court will not award a greater percentage of the assets of a marriage to one party over the other due to adultery in New Jersey. There may be other reasons for a disproportionate division of assets, such as a pre-marital share of retirement accounts, but the court does not consider the fault-based cause of action. In some settlements, there may some unequal division of some assets that may be somewhat related to the underlying reasons for the divorce.  It is important to keep in mind, though, that settlements are very different than what a person can expect from a trial, as the courts are bound to follow only the laws and the factors that guide each decision. A person who insists on filing a complaint for divorce due to adultery believes he or she is going to be awarded the lions share of the marital assets because of their spouse being unfaithful should be instructed otherwise based on New Jersey adultery laws.

If you have questions about New Jersey adultery laws and how adultery may impact your divorce, contact the attorneys of DeTorres & DeGeorge to schedule a consultation. 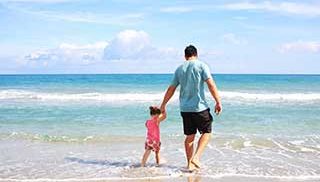